Why a Graphic Novel Won the 2020 Newbery Medal

New Kid is the story of the struggle of twelve-year-old  African American Jordan Banks as tries to navigate two very different cultural silos (the elite private school which has very little diversity, and his home neighbourhood where he is a middle-class boy), while trying to gain acceptance for being who he is. Jordan also has to balance his parents’ differing expectations of him: he joins the private school at the behest of his mother, who thinks of it as a great opportunity, but his father has reservations about the private school as he is afraid that Jordan might forget his black middle-class roots. At Riverdale Academy Day (RAD) School Jordan deals with issues that the middle school audience, at whom this book is aimed, can relate to: he struggles to make friends, he deals with the subtle and not-so-subtle racism that he and other black members of his school face, and he balks at the automatic assumption that he will be able to relate to stories of black hardship. How Jordan deals with these issues of race, finds friendship and along the way finds himself, is dealt with a light touch of humour and makes for a layered book. He comes to understand that people are people: some are good, some are mean, some are insecure, and some are bullies. This is not a book with a neat resolution; it leaves the door open about the choice that Jordan may make.

New Kid is a seemingly simple narrative of a complex and multi-layered book starting with the title – initially we think the title refers to Jordan who is the new kid in school but by the end the reader realizes that it refers to Jordan’s character growth. The well fleshed out characters, whether black or white, deal with the grey issues of acceptance in their own unique way. Told in first person by the protagonist, the book makes full use of the graphic novel format to convey its message. It uses the black and white sketches drawn by Jordan to break the fourth wall and talk to the audience. I absolutely loved the commentary on Mainstream Books vs African American Books (the African American book review – “A gritty, urban reminder of the grit of today’s grittiness.” - made me chuckle).

If New Kid is merely a narrative of acceptance in a new school, why then did Newbery committee chair Krishna Grady label it a “distinct and timely story”? This book aims to break the mould: the stereotype of an African American protagonist. Unlike most books that feature African American characters, where they are shown as coming from broken homes or facing dire circumstances, Jerry Craft’s refreshing protagonist is a boy who has a mom and a dad, a family who loves him, and supportive neighbours. New Kid winning the Newbery medal is an acknowledgment of the golden age of the graphic novel and places the graphic novel format firmly outside the ambit of ‘comics’. This is one of those books that improves on re-reading and is a great book to start a discussion on race. It is a must-read for middle schoolers. 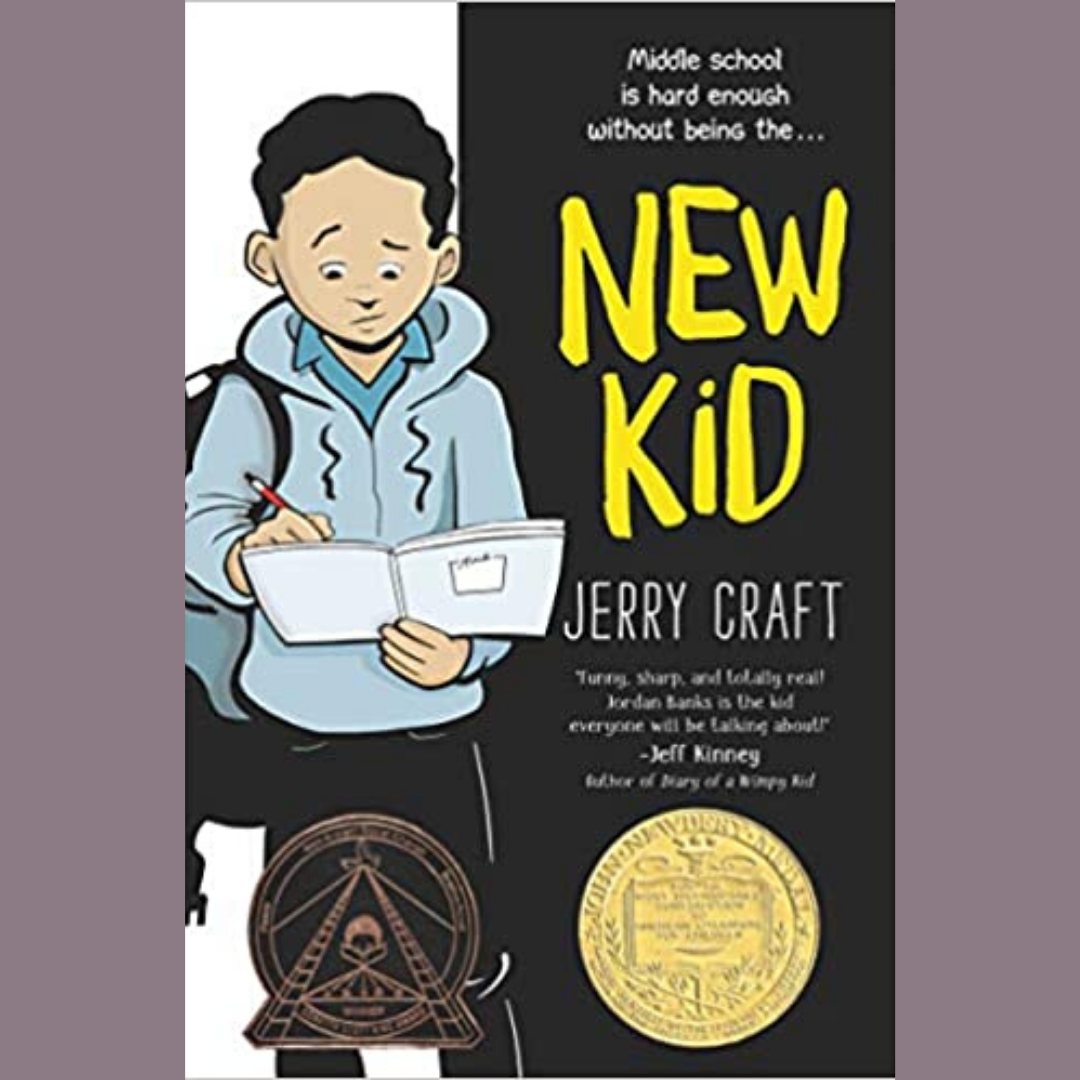