I will be forever grateful to the boy who asked, "Where are the books about kids like us?"

The question was addressed to Beverly Cleary, who was then the children's librarian at Yakima (WA) Valley Libraries. Growing up, Cleary read stories about protagonists who tended to be aristocratic English children who had nannies and pony carts or children who had big adventures and went to the sea. That little boy's words resonated with her and was her guiding light when she set out to write children's books in her early 30s.

Cleary wrote 40 books that sold 85 million copies. Her work was translated into 29 languages. The beloved author died on 25 March, 2021 at the age of 104. Clearly's books garnered many honors and awards. These included two Newbery Honors, one Newbery Medal, the Laura Ingalls Wilder Medal, and the 1984 Hans Christian Andersen Award. In 2000, in recognition of her invaluable contributions to children's literature, the Library of Congress named her a "Living Legend."

But her real legacy is the place she occupies in the heart of generations of readers who will miss her tremendously. The standout feature of Beverly Cleary's books was that they were sympathetic, funny, very real, and never talked down to her readers. Her characters were ahead of their time. Remember the irrepressible Ramona stories that narrate the adventures of a spunky heroine who often got into trouble? Romona is an example of a 'strong girl character', long before that concept became popular.

Her books chronicled the real problems, big and small, faced by children. Paying tribute to Clearly, Jenny Han, author of 'To All the Boys I've Loved Before'  tweeted, "The Beverly Cleary scene I'll never forget is when Ramona's mom and dad have a huge fight over one of them forgetting to turn on the crock pot, and her mom swats her father's butt with a pancake turner." Han continues, "Ramona's tummy hurts watching them fight, and she worries they will divorce. That night Ramona sleeps in Beezus's (Ramona's sister) bed and they comfort each other. It was such a real scene. As a little kid it comforted me, and as an adult, I just reread it and it's still a banger."

Another example is her book, "Dear Mr. Henshaw" that was set in the 1980s when divorce was common. In the book Leigh Botts is a sixth-grader struggling to come to terms with his parent's divorce and settle at a new school. The New York Times has this to say about the book - "It's a wistful story punctuated by notes of optimism. In Leigh's voice, Cleary writes," 'You know,' said Mom, 'whenever I watch the waves, I always feel that no matter how bad things seem, life will still go on.' That was how I felt too, only I wouldn't have known how to say it, so I just said, 'yeah.' Then we drove home."

The New York Public Library (NYPL) gave a fitting tribute to the beloved author and erstwhile librarian. They wrote, "The Library is deeply saddened to hear of the loss of Beverly Cleary, whose award-winning, brilliant books consistently fly off our shelves and have delighted generations of readers. She believed reading should be fun, and she made that happen with beloved characters and stories that made us laugh, taught us important lessons, and shaped our childhoods. Those imaginative and accessible stories sparked a lifelong love of reading in so many children, a noble legacy that certainly won't end today. We know that her books will stand the test of time, and be checked out of our libraries for decades and centuries to come. Rest in peace, Ms. Cleary, and thank you."

My personal favorite has been the trilogy of books featuring Ralph S Mouse, a mouse who loves riding a motorcycle. It reminds me of the time I read the book aloud to my son. Cleary had him hooked at her description of the friendship shared between a young boy and a mouse - "Two creatures who shared a love for motorcycles naturally spoke the same language." I remember the emotions flitting across my son's face as he lived the adventures of a boy and a motorcyle riding mouse. When the boy falls ill, Ralph has to make to hard choice of going against all warnings of danger for a friend's sake. Ralph says, "Never mind the danger, never mind what his mother thought. This was living. This was what he wanted to do. On and on and on." My son sighed with satisfaction when I turned the last page. I was - and am - one more mother grateful for an author like Cleary, who has taken my son one step closer to fall in love with reading. 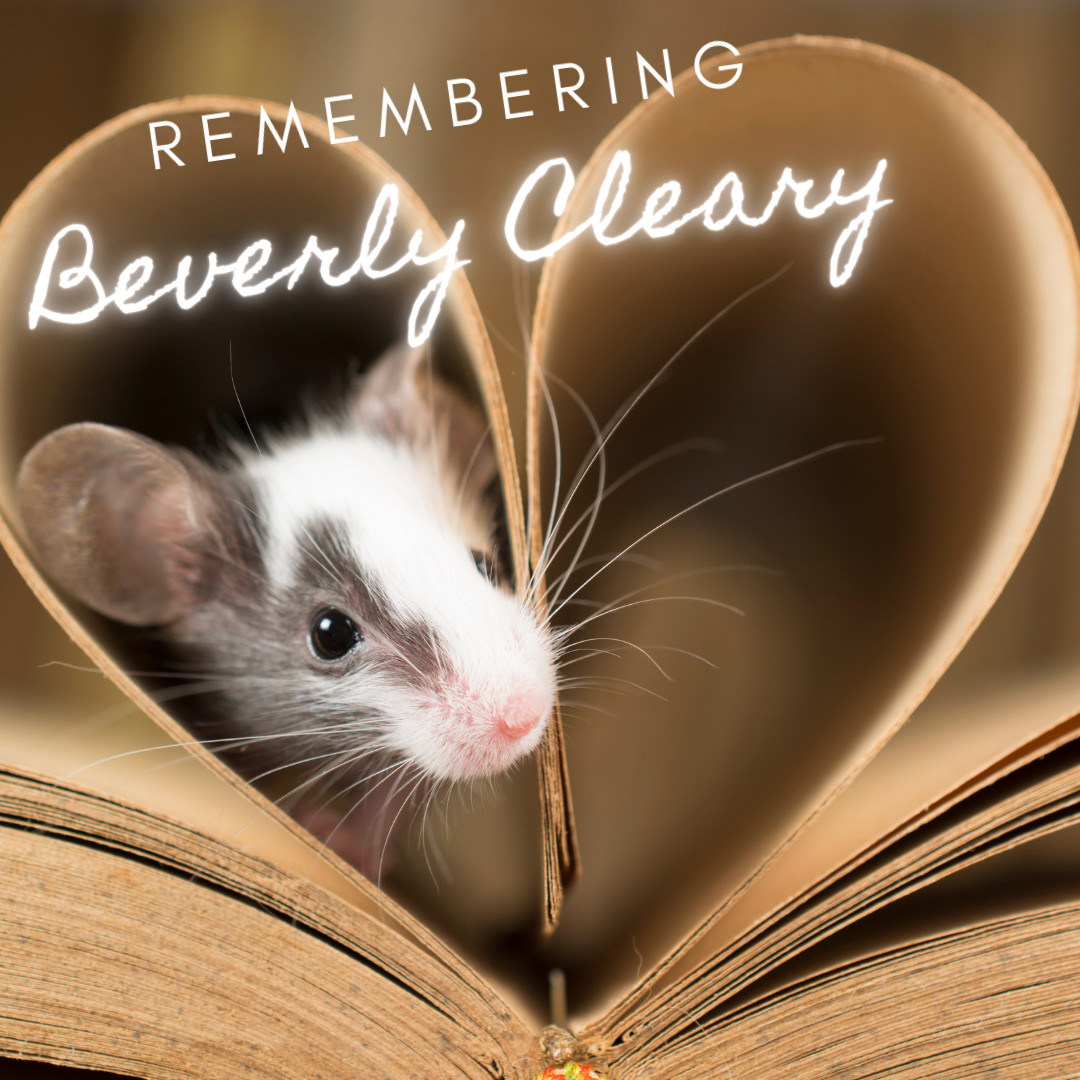